Now a day reliance jio become very famous about the free internet and free calling. Now jio has more than 108 million users in India and of which 72 million already switches to jio prime membership. It is good news for Mukesh Ambani.

New Jio prime members are able to carry on with unlimited data and free calling.

Effects of reliance jio on other networks: 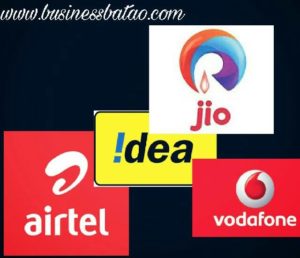 The Reliance jio has completely shaken up the market for mobile networks. Because of jio, competitors are also helpless. Moreover, to exist in the market they reduce the price of mobile data. For some time they also provide free data. Airtel, Vodafone, idea, and others are introducing new plan and offer to be in the market like:

You may be interested in  Top 10 Home Based Business


This is the very proud feeling for reliance that they achieved a position that takes over a decade to achieve it. Jio is a new and youngest network in the world. It achieves more than 108 million customers so early.

Jio does not provide 2G or 3G connectivity option. However, It is only one network of India that provides only 4G service for their customers.

Previous post: How to write a business blog article without suck in writing? Some Tips and Advice
Next Post: How to fill gap in skills available in college and required by organizations?