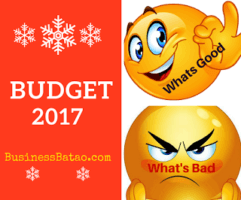 For the first Time, Railway budget and Union Budget India 2017 are present together. Finance Minister Shri Arun Jaitley had declared the Budget on 1 February 2017. Many People suppose that it will be an election Budget as there are elections in Five States but there was nothing specific in that.This Union Budget India 2017 was measurably Focus on Rural Areas, Black Money, and demonetization aspects. Nevertheless, the government is abode to make the Cashless economy by limiting cash transactions. 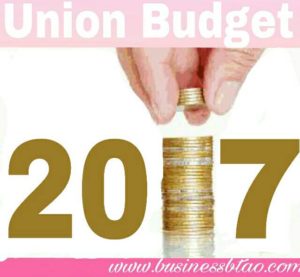 The government is abode to make the Cashless economy by limiting cash transactions. Therefore,  FM says that there is a mismatch in the paying capacity and Income tax return Filing in India. Therefore, there is a need to make it simple.

Here are the Main Points of Union Budget India 2017

Best Home Based Business for Freshers